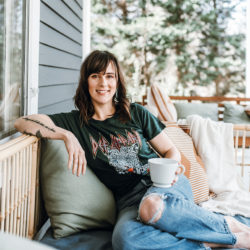 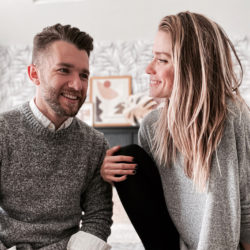 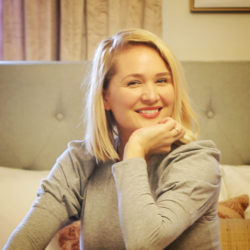 Let go of your worries and follow your heart. Don’t worry about what people think of you and your style. Own your true authentic self. Love harder, worry less. Break free from societal pressures. Do you.

House on a SugarHill

Fearlessly DIYing her way through a home reno, and always a fan of femmine chic color, Jodi Bond is a wife, and mother of four who lives in Atlanta, Georgia. Jodi is the creator behind the blog House on a Sugar Hill where she and her hubby tackle the all the large and small projects that come from renovating your own home. With grit and full of heart, she loves to share the highs and lows and how to's through her writing and on social media. 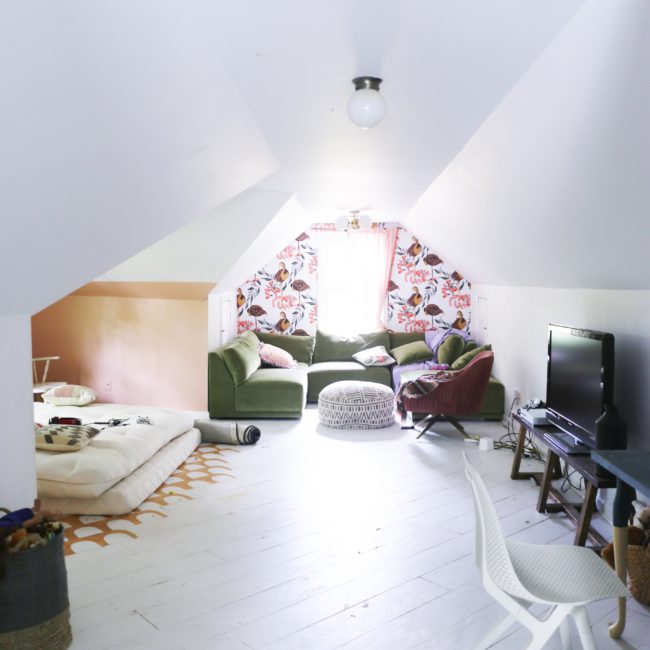 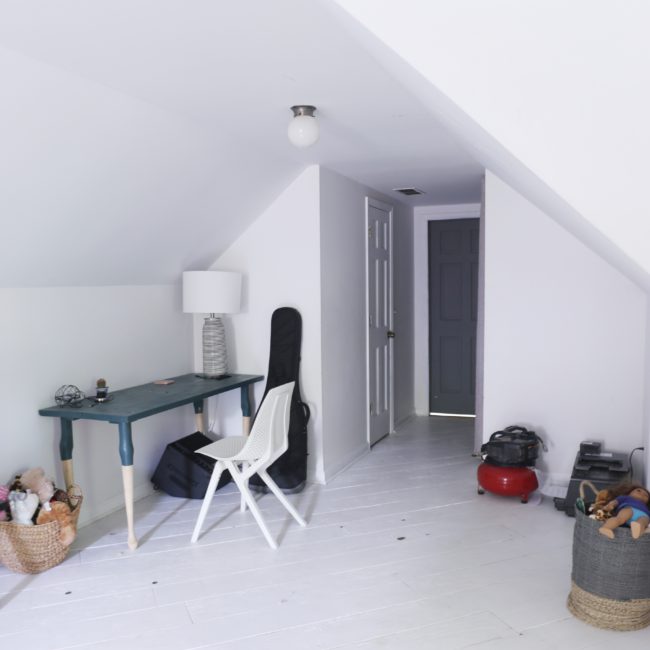 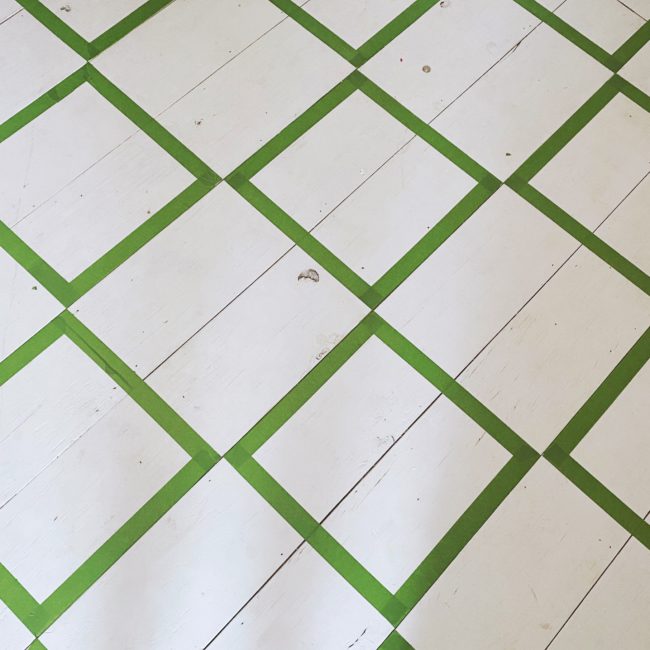 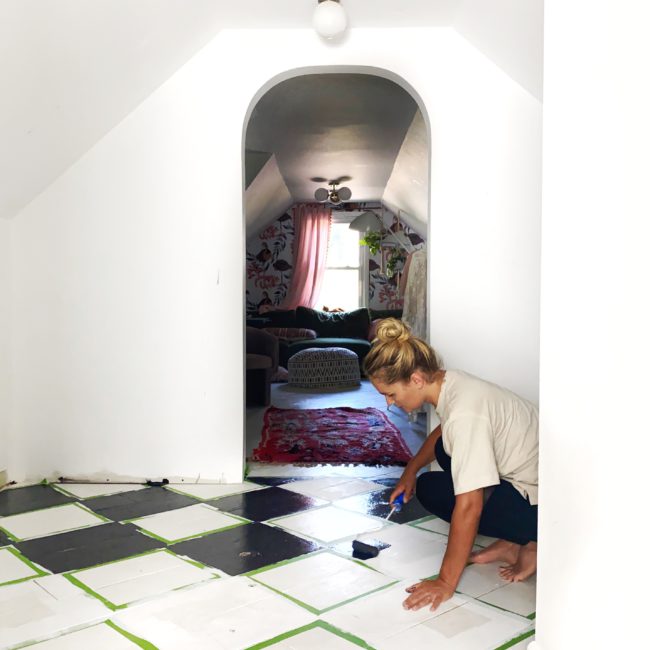 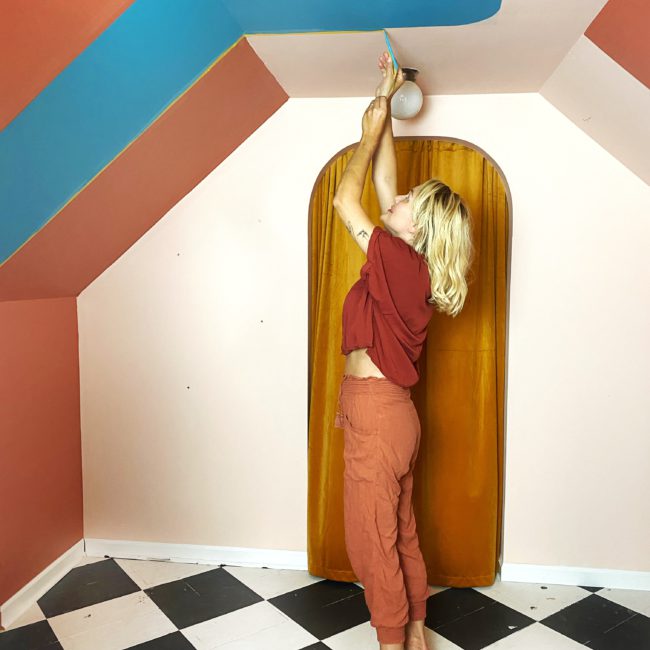 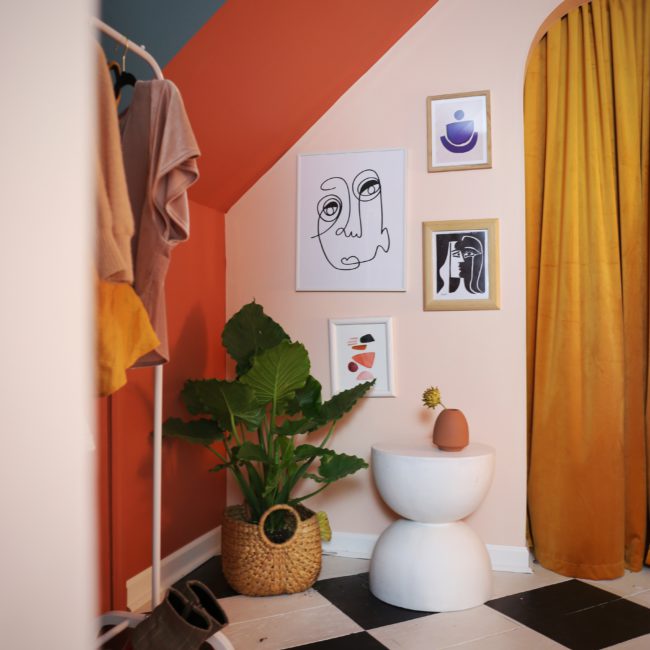 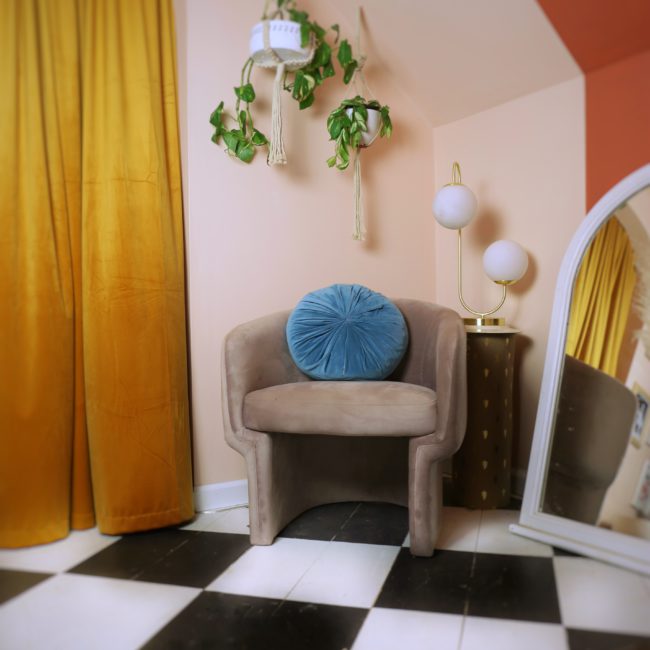 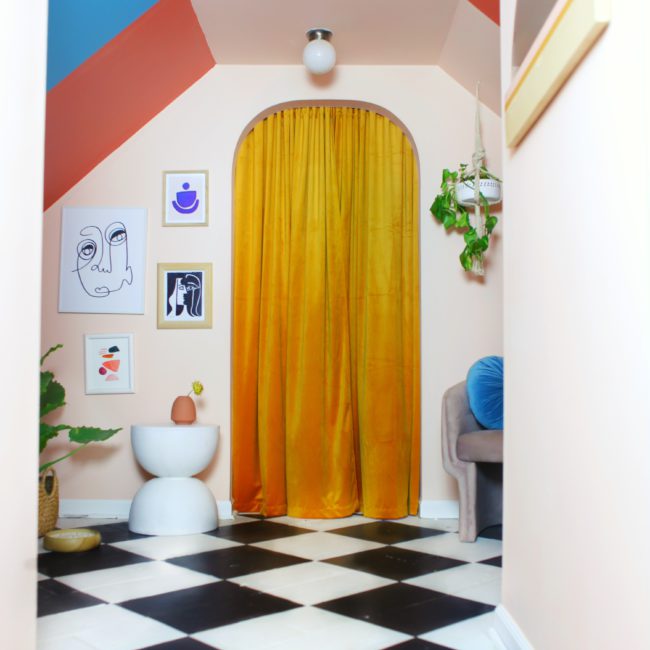 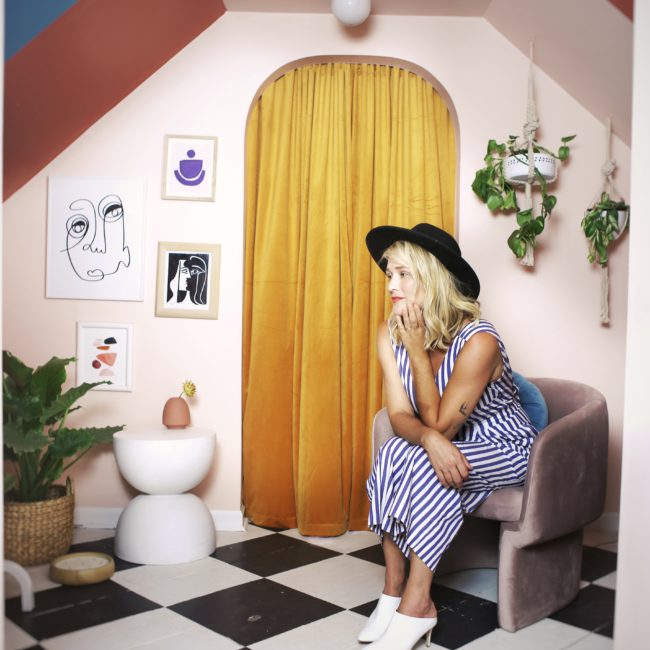 The power of paint never ceases to amaze me. Its transformational power to take a blank space, void of personality, and turn it into something fresh, living, and a total mood is unparalleled.

This week I’ve teamed up with Frogtape to use $500 and transform an unused attic space into an extended closet dressing room for their Frogtape Paintover Challenge.

This space was formally an unused nook which extended past our master bedroom closets into the bonus room that’s accessible only through our bedroom closet. With it’s awkward corners, the room was not at all functional and ended up being used as a catch all for office supplies and any extra items that didn’t fit into our overfilled closets.

The first step in reclaiming the unused square footage was to build a wall, partitioning it off into its own room. We used an arch kit while framing in the wall to create an arched doorway.

Once the room was enclosed I knew I could add major personality by painting its surroundings in unexpected color. My theme for the challenge was Boho Bold, so I decided on a warm peachy color as inspiration for the room. As an added bonus, peach is one of the most flattering colors on skin tone (perfect for a dressing room, wouldn’t you say?)

First I tackled the floor. I wanted the dressing room to have a vintage European flare, so the black and white diamond pattern is a nod to that design.

To create the floor I used the following steps:

Once the floor had dried, I tackled the walls.

Once the room was painted and dried, it was time to start filling the space with all the things that would make a functional dressing room.Two velvet curtains mounted on the outside of the room offer extra privacy. A velvet chair in the same color as the wall gives a place to sit while putting on shoes. I pulled in a clothing rack for extra clothing and shoes. I used a low thrifted floor mirror as a vanity, because I prefer to do hair and makeup while seated on the floor. I added an access of hooks on the wall to hold hats, purses, and robes. You can never have too many in my opinion. The gallery wall are photos I pulled in from around my house. And because no space is complete without greenery, I added a few low light plants to my dressing room. I’ll be honest, there are NO windows in this room, so I may need to trade these out for a few faux plants. We’ll see how they do! The end table was a home goods find, as well as the makeup organizer and the globe table lamp. For the final boho touch I added a vintage rug, drawing in all the colors on the wall.

This once unused catchall of a space is now an invigorating and useful dressing room.

FrogTape® is the only painter's tape treated with PaintBlock Technology. PaintBlock is a super-absorbent polymer which reacts with latex paint and instantly gels to form a micro-barrier that seals the edges of the tape, preventing paint bleed. 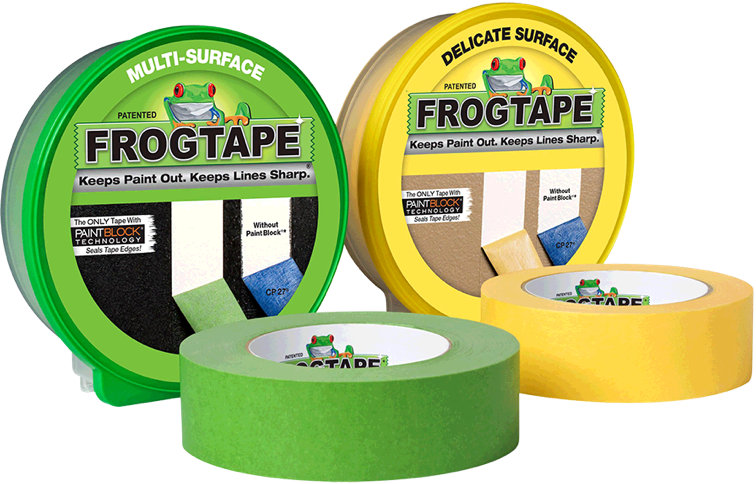